We Can Change The World 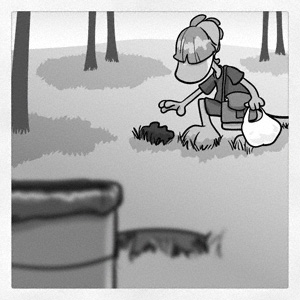 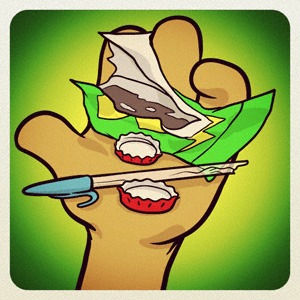 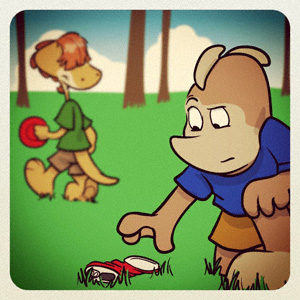 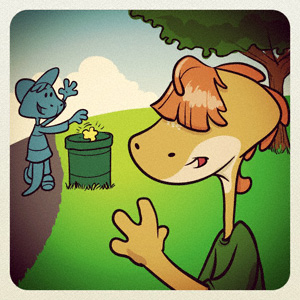 I was telling you last blog how we were had been cleaning the school yard while we were playing there and I wanted to do a follow up blog to tell everyone how well it’s been going and even catching on!

I am ashamed and saddened to report that every new day that we showed up to play Frisbee Golf, someone had left new garbage in the school yard  I have to admit, it really annoyed me as I thought to myself how hard I have been working to get our school yard clean and some jerk comes by and throws his garbage on the ground.  I mean there are garbage cans all over the place, why do people have to be such pigs?  I was actually quite surprised about how personally I took the whole thing...like me cleaning that yard gave me an interest on how other people acted on it.

At first I only noticed the big stuff and was filling my bags quite quickly, but over the weeks I noticed that I had gradually eliminated almost all of the big garbage and there was really only small things left.  That’s when I started going over it a little more carefully and picking up smaller things like bottle caps and smaller pieces of paper and candy wrappers.  I don’t pick up anything gross or dangerous although aside from the occasional dog poop, I haven’t seen anything like that yet.

After a while I noticed that some of the other kids started bringing their own plastic bags to pick up garbage and between the usually 3 or 4 of us that always showed up on a nice day to play, we have picked over every square centimeter of that school yard and its perfectly clean!  Nobody says anything to each other about what we are doing, and nobody is trying to be special. We all just feel good about ourselves for doing it.  I noticed that when we showed up to play and there was new garbage there, the other kids that have been cleaning up make indignant comments as well because they are angry that people would mess up what they had been working so hard to preserve.

This whole experience has really made me think about how taking responsibility for your own corner of the world not only make things better, it makes people better.  It brings out the best in people when they get active and involved and take charge of everything around them.  And that goes for life as well, not just picking garbage. If we would all get up and make moves toward improving things around us, this world would be a better place.

We all need to start considering this whole big ball our precious and wonderful garden and protect it at all costs.  If we don’t care enough get in there and make it happen, there won’t be a green planet left for us kids!