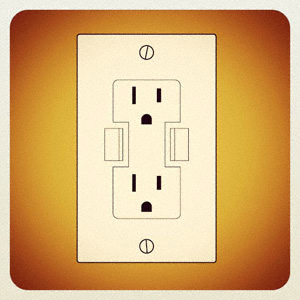 I came across something really cool the other day from one of my favourite online stores, macsales.com. It’s an electrical plug with two USB outlets built right in so you can charge your USB devices directly without having to find the electrical adapter.

They install in the same place that you normally would see an electrical plug outlet.  I’ve heard about these plugs before, but because there is a transformer in them, they consume vampire power even when not being used. My Dad said because of that, there’s no way would he put them in.

This one has a SmartPower design that only outputs exactly the amount of power that your device needs to charge and it also has little spring-loaded doors that turn off power to the USB ports when you disconnect your cable. That way the transformer isn’t using phantom energy when it’s not plugged in! 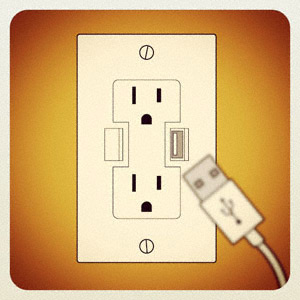 The outlet is called The Newer Technology Power2U AC/USB wall outlet, and is even on sale if you buy 2 or more outlets for $22.99 each. I really want one for my bedroom and I’m sure that they would be useful in other places in the house too. The specs says that they can charge all models of iPads, iphones, iPods, other tablets, phones and gaming systems, GPS, cameras, Bluetooth headsets, or just about anything that charges through a USB plug.

I found the instructional video for installing them on YouTube. It looks pretty easy to me, but Dad said if it’s going to be done at all, he and Grampa will do it. Hopefully that means he thinking about getting some!