Store It, Don't Pour It! 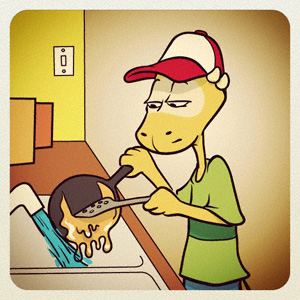 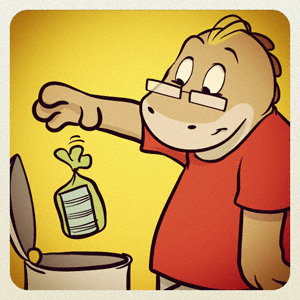 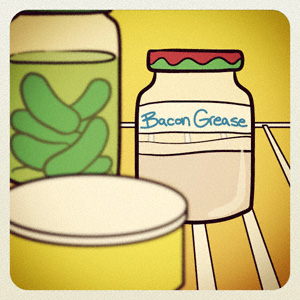 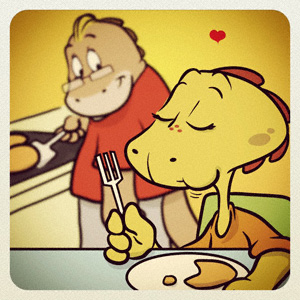 There has been quite a campaign going on from our city to urge people to “store it, don’t pour it”, referring to cooking grease going down the drain. I know that years ago, people thought that it was fine to pour grease down the drain as long as you chased it with really hot water and maybe a little dish soap. I don’t think anyone even gave a passing thought as to what happened to it once it went down the drain.

The truth of the matter is that the hot water might help get that grease past your own pea trap, but as soon as it starts to cool, the grease sticks to the inside of all the pipes. That grease then becomes an effective trap to catch anything else that might come down your drain, including more fat until the pipe is blocked. That can even happen to the main sewer drain.

I saw a documentary where workers were slogging through huge mains that were caked all around with household fat. They were trying to scrape it off with shovels. It was pretty disgusting actually. Can you imagine how that would smell after it started to go rancid? Not to mention that the fat that didn’t stick to the pipes was going into the river. Yuck!

There is a lot of different grease that you get from cooking meat, but also from when you use cooking oil. Since putting it down the drain will clog up the drain, it is a good idea to think about how to store it until you can get it to the garbage. I think most people use a tin can to pour their grease into and then once it hardens, you can put the can into a plastic bag, tie it up tight and put it in the garbage.

Back when I was a kid and when cooks were more careful about throwing anything away, a common sight on the kitchen counter was a clean tin can or jar for holding the bacon fat. Frugal cooks would then use the fat in lots of their cooking instead of other fats like butter or cooking oil.

If you do decide to keep your bacon grease separate from other fats for use, then it is a good idea to keep it in the fridge or even freeze it for longer storage and to keep it from going bad.

Some great uses for the grease are as a substitute for butter in most recipes especially peanut butter or oatmeal cookies. If you pop popcorn on the stove then a small amount of bacon grease in the popping pot will give the popcorn an irresistible flavor. You can even mix a teaspoon of bacon grease in with almost any vegetable to make even the most picky eater dig in.

It can also be used to "grease " a cookie sheet to prevent stuff from sticking.

My favourite use of bacon grease is to cook pancakes on a hot griddle with bacon grease instead of oil. It gives them a great flavour!