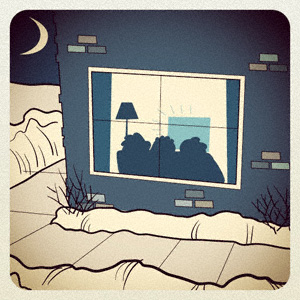 Me and my friends love getting together in the winter to watch movies. You can make up a big bowl of popcorn and sometimes get through a couple of movies in an evening. The trouble is, we’ve started running out of stock and new movies are expensive.

We originally swapped all the DVDs that each other had and watched those. Then I found out that there are DVDs available at the library, but sometimes you have to wait a long time for the movie you want to see to come available. The problem is, there’s a lot of us all competing for the same stuff. 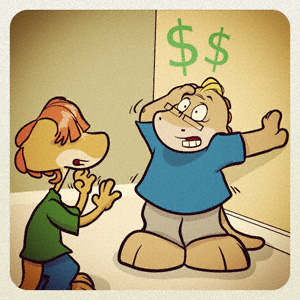 I had an idea this fall that turned out to be one of my best. I asked my Dad if we could have a room in the basement to turn into a home theatre with a big screen TV. Well, let me tell you, I thought he was going to have a heart attack until I explained my plan. I was pretty sure I could set up for next to nothing and I was right!

First of all, I started looking in Craig’s List and Kijiji for large screen projection TV’s. You see, I thought about it and figured lots of people will be going for those new HD TV’s for Christmas. And sure enough, huge cheap projection TV’s started coming up for anywhere between $150 and $250. That’s pretty cheap for a big tv, but I had a hunch things were going to get better after people actually got their new TV’s and I was right! By January, there was a whole bunch of FREE TVs just begging someone to take them away. 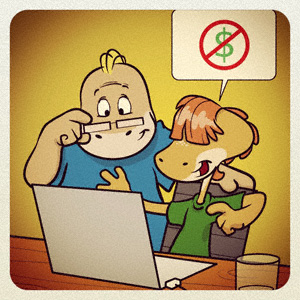 My Dad, Grampa and I found one close to where we live. It’s a 62” one in perfect working condition, but man was it heavy! We had to borrow Lenny’s pick up to go and get it and it was a grunt to get it down the stairs, but we finally got it set up. The guy was so happy to be getting rid of it that also threw in a VHS player. That gave me ANOTHER idea, so I went back to Kijiji and Craig’s list and sure enough, people were giving away boxes and boxes of VHS movies.

Most of the VHS movies are ones I’ve never heard of before, but my Mom and Dad were squealing like a couple of kids when we started going through all the movies I’ve been able to get for free. I have to admit, some of them are really good too. For instance, some of the funny ones we’ve watched are Ghostbusters, Princess Bride, Beetlejuice and Crocodile Dundee. Then there are a bunch of ones that are in a series like Back to the Future, The first three Star Wars and Star Trek movies. It’s also funny to see actors like Tom Cruise, John Travolta and Tom Hanks when they were young. Mom was all happy that we are reusing things that might have just been thrown away too. 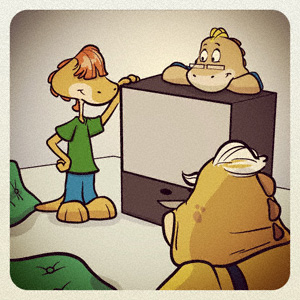 We haven’t finished setting up our home theatre yet, so for now we just have an old couch and some floor cushions in there but my Grampa said he had an idea to find old coach seats from a bus. He said he knows someone who is making their own motorhome from an old bus and has removed all the bus seats. They come in sets of two and can even recline. Grampa said we can probably build a platform for the back ones to attach to so we can even have stadium seating! The room is just wide enough that we could have 2 seats on each side with an isle down the middle, so we could have at least 8 seats - 4 on the platform and 4 on the floor. This is going to be awesome when it’s finished and will have cost nearly nothing!