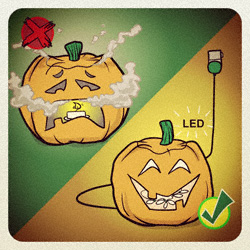 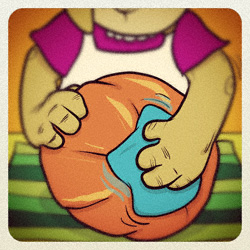 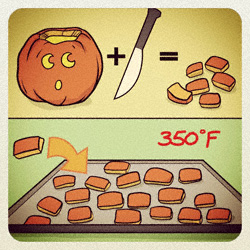 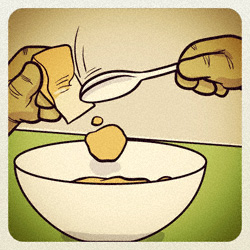 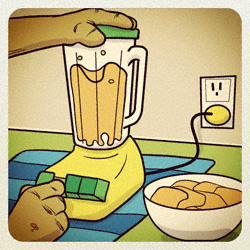 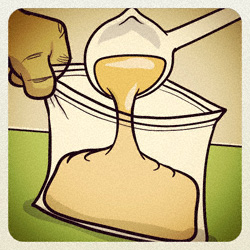 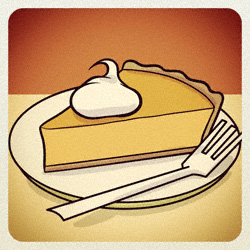 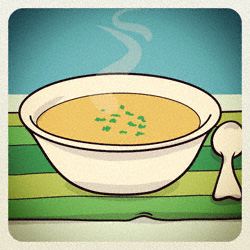 I hate to see anything go to waste, so I’ve convinced the grandkids to use electric lights in their Jack-o-lanterns instead of candles (which leave the inside of the pumpkin black (and smelly). My eldest grandson told me that he got a string of outdoor LED Christmas lights which he intends on using with the pumpkins they carve this year. He’ll make a hole in the back of each pumpkin and arrange them on the steps with the lights inside each one to make them glow. That way, after halloween is over, they can bring me their pumpkins and I can make them into Pumpkin Puree to freeze for using in pies and soup later. Here are the recipes for making the puree, pumpkin pie and my favourite, pumpkin soup.

Making Pumpkin Puree is pretty easy. Making it from the left over Jack-O-lanterns is really easy because the pumpkins have already been cleaned out. Wash the pumpkins to make sure there is no dirt on them and then just cut up the pumpkins into chunks (you can trim off the inside part of the pumpkin because it’s probably a bit dried after halloween is over.) Arrange the pumpkin pieces on a cookie sheet and bake at 350F until a fork pierces the skin easily (or about 45 minutes).

After the pumpkin has been baked, scrape off all the pulp from the skin, throw the skin away and put the chunks in a blender or food processor and blend until smooth. (if it’s too thick to manage, you can add a bit of water.

Ladle the puree into zippered freezer bags (if you know the quantities you will need for a recipe, then pre-measure and mark the bags with the amount. Then you can freeze the packages flat to use in your recipes later.

1 can of sweetened condensed mil

Beat all ingredients together until smooth. (you may want to pre-bake your pie crust for 10 minutes before filling)

Pour filling into crust and bake at 350F for an hour or until a knife comes out clean.

Salt to taste if needed

In a large pot, cook the butter, onion, garlic and pepper together until the onion is translucent. Add the water, bouillon, parsley and bring to a boil.

Add the pumpkin puree and simmer on low heat for half an hour, stirring often.

Put mixture into a blender and blend in small batches, then return pureed mixture to the pot and bring to a boil and then simmer on low heat for another half hour, stirring often.

Just before serving, stir in whipping cream into the pot until mixed.

Pour into soup bowls and garnish with fresh parsley, or a swirl of sour or sweet cream.