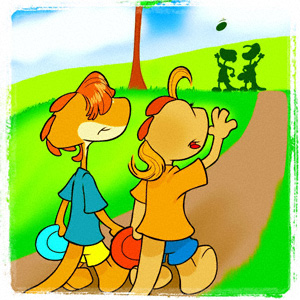 The other day Jerry and I were out playing frisbee golf at the big public course they have in our river valley park.  It was a really nice day and the sun was shining as we met up with a couple of other buddies at the 1st hole tee-off zone. 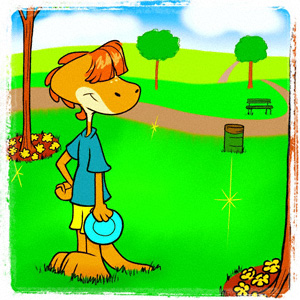 As we were playing I notice how nice and clean everything was, how the grass had been recently cut and how there were virtually no insects out yet to bug us as we played.  I really felt proud of what a clean and nice smelling park we have for us all to enjoy and and that it’s free for all the public to use.  Everyone must keep it in great shape because there wasn’t even so much as a candy wrapper on the ground to spoil the perfect grass.

As we played up to the 5th hole we noticed some gulls circling on the green that we were shooting for.  As we got closer we saw quite the disaster waiting for us on the fairway before the green.  It turns out that some gulls had pulled a big paper bag full of fried chicken garbage out of the garbage bin nearby and were joyously shredding the bag and scattering chicken bones and ketchup packages all over the perfectly clean fairway!!! 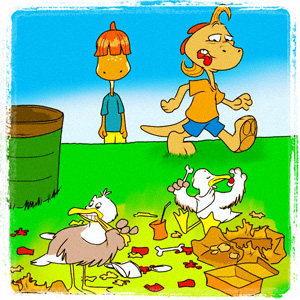 Well, birds will be birds, but we are better then that and as we approached our frisbees near the green I noticed how my buddies looked distastefully at the garbage and shook their heads as they walked by on the way to retrieve their frisbees and make their next shot... but nobody was making any moves towards the garbage to do anything about it! 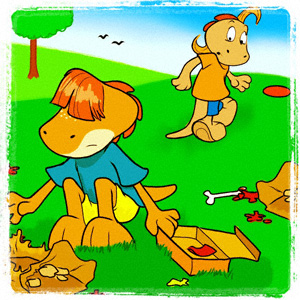 That’s when I decided that if I didn’t do it myself, people would be walking by that garbage all day long and nobody would touch it.  Not to mention that the gulls would have even more time to make an even BIGGER mess with all that ketchup.  As I knelt down to clean up what really was quite a disgusting mess I was surprised and pleased to see that one by one my friends, left their frisbees where they lay and came over to help me round up the garbage.

Some started pushing the garbage into a pile with their feet and Jerry actually knelt down beside me and used his hands to gather the mess and stuff it back into what was left of the big paper bag.  It only took us a few seconds to make short work of that mess. I carried it to the garbage quite proudly as I analyzed what just happened. 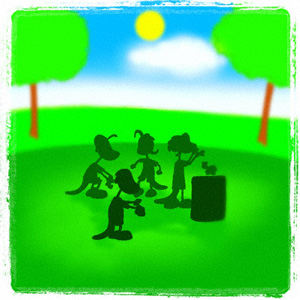 In a way, it was peer pressure that caused everyone to help me clean up that mess.  Had I walked right by it like everyone else that mess would have stayed there until the next group came through.  Perhaps they would have passed it up as well on their way by playing frisbee golf.  Just goes to show how peer pressure can work in a positive way as well, setting a good example is sometimes all it takes to motivate people to also do the right thing!