I’ve been trying to think of something to make for Mother’s Day. I had a really good idea! Mom likes the scrap paper Dad brings home from work. It’s paper that has been used on one side. The other side is good. Dad cuts it into 4 pieces. The pieces are just the right size for when you need a piece of paper. But the pieces sometimes don’t stay in an nice stack and they get messy. Mom doesn’t like that. So I thought of a way to make a box for the scrap paper.  I’m using an empty tissue box.

The tissue box is already pretty. That means I don’t have to decorate it to make it look nice. I just have to make it fit the paper. 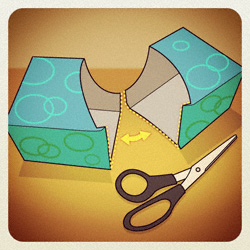 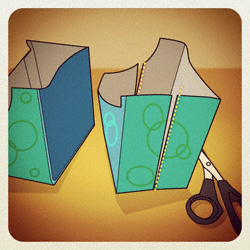 First I measured to find the middle like Grampa showed me. I cut the box in half. Then I cut down the sides of one half on each side. 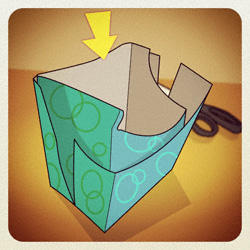 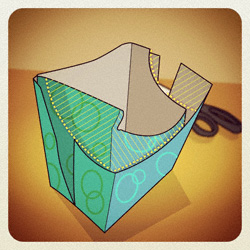 I put one box inside the other and pushed it down tight. That’s so I could draw the same curves on both boxes. I used a pen to trace the outside. I also traced on the inside of the other side. 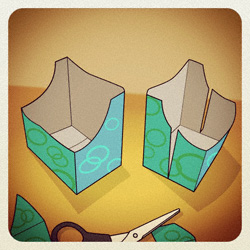 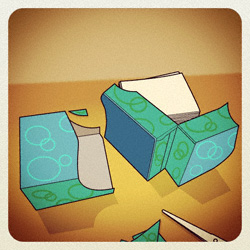 Then I cut where I had traced so both sides of the box looked the same. I folded the side of the box that I cut at the top so it had a bend. 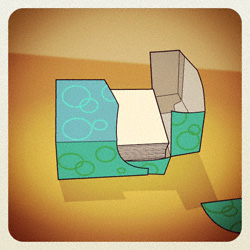 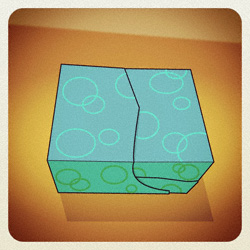 I put the paper in. Then I pushed the box that was cut into the other one. Now I can fold down the lid and it’s closed up. It even looks like a present. 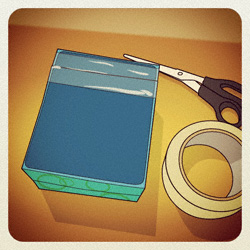 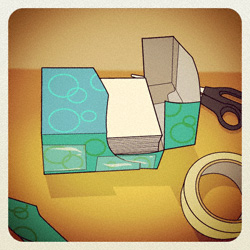 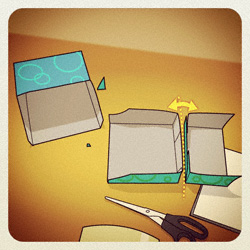 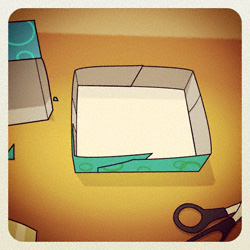 Dad liked the one I made for Mom. He asked me to make one for him.
I made his different. This time I cut the one side completely in half. Then I put the paper in to measure it. I put the two sides together to make a tray. I taped it to keep it together. 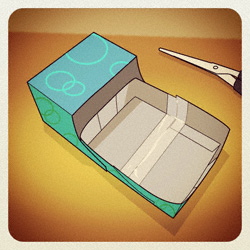 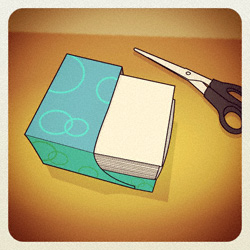 Now the tray just slides in. It still looks nice and the paper ready to use. Maybe I’ll give it to him on Father’s day!