The New Battle Of Midway 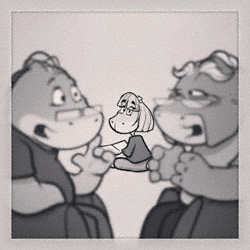 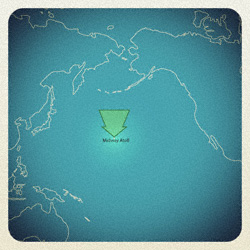 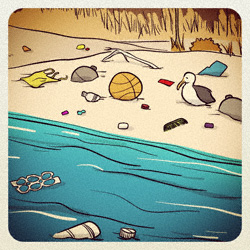 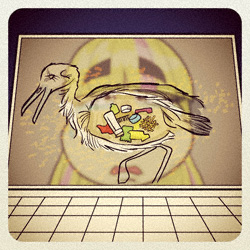 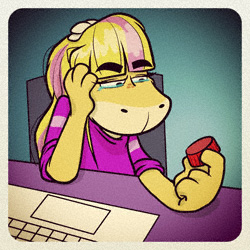 I know about Midway Island from before because I’ve heard my Dad and Grampa talking about the Battle of Midway. It was a famous battle between the US and Japan that was a turning point in the Second World War. Midway Island is fighting another battle, and this time WE’RE the enemy!

Midway Atoll is an island located halfway between North America and Asia. Anyway, it used to be a US Naval base, but as of 1988 is now the Midway Atoll National Wildlife Refuge and is managed by the US Fish and Wildlife Service. There are nearly three million sea birds of seventeen different species that live on the island. One of those species is the Short-tailed Albatross which was driven to near extinction due to feather hunting in the late 1900’s. Today, they think that there are less than 2,200 birds left. Up to 70% of the world’s population of Laysan Albatross and nearly 40% of the world’s population of Black-Footed Albatross also live there.

Even though Midway is extremely remote and in the middle of the Pacific Ocean, it happens to be close to the Great Pacific Garbage Patch, that I told you about in another blog. The Garbage Patch is a huge soup pot of garbage that has accumulated and is trapped in the middle of the ocean. The whole of Midway island is littered with garbage and pieces of plastic that have washed up on the shore.

Nearly all of the Laysan Albatrosses on the island have plastic in their stomaches. Parent birds pick up the small pieces of plastic and feed it to their chicks because they think it’s food. A third of their chicks die. Decomposing bodies litter the island with little garbage piles of plastic in the middle of them. Bottle caps, lighters, broken up pieces of larger plastics,  each wave brings more plastic to the beach which the birds mistake for food.

The problem goes beyond the birds. Tiny pieces of plastic are being mistaken for food by fish and other marine animals as well. Even plankton, the very start of the food chain for marine animals has plastic in it. The plastic is everywhere and everything is eating the plastic. Aside from the the dangers to marine and wildlife, plastic and the chemicals contained within them has become part of OUR food chain. We are eating the things that are eating the plastic.

How I found out about this was because a friend of mine posted a link to a trailer of a heartbreaking film that will be released later in 2013 called “Midway”.

I know I’m never going to be able to look at another plastic bottle cap without thinking of how we humans are and continue to be responsible for this heartbreaking tragedy.

Is there such a thing as “good” plastic?

Not on Midway Island.