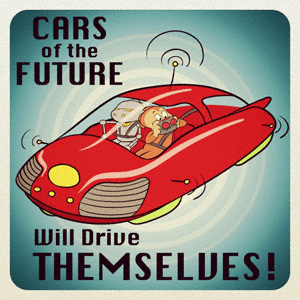 Last week, one of those things that we’ve been thinking is just science fiction came true.

The first autonomous car has been licenced to test drive on Nevada roads by the Nevada Department of Motor Vehicles. The owner of the the car is Google and they are testing the car under strict guidelines, so don’t be worried about seeing a driverless car go by you just yet on the highway! 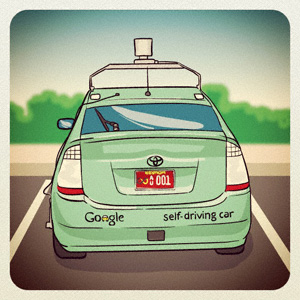 Under the conditions of the testing, the vehicle has to have two people in it at all times, one being in the driver’s seat so that they can take the controls if necessary. They also have to have one to three million dollar insurance bond. The state also wants to know where they are going and what conditions they are driving in and provide the resulting data to the state.

The car that Google is developing will use computers, sensors and radar. It will have data collectors like what airplanes have (the black box) that is capable of storing sensor data for a minimum of 30 seconds before a crash. 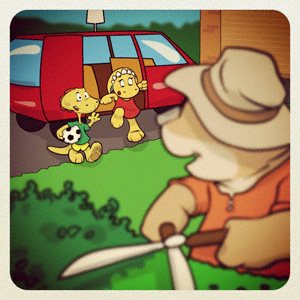 The Nevada DMV is obviously expecting the testing to be successful because the requirement regulations have already built in the eventuality when autonomous vehicles will be available for everyone. If a car is licenced to be operated as an autonomous vehicle, the owner won’t actually have to be present, which might mean you can send your car to go pick up your kids from soccer practice while you trim your hedges at home. Regardless of if you are in the vehicle or not, you will still be responsible for the vehicle when it’s being operated, so no drinking allowed! 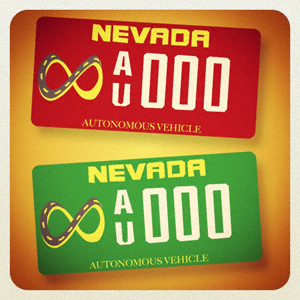 They have however made an exception for when the car is on autopilot that the operators are allowed to text or use a cellphone.

The Nevada DMV has even issued a special red licence plate with the infinity symbol on the left to represent the car of the future. I think it means that the possibilities are unlimited. Once autonomous vehicles become available to the public, the same licence plate will be green.

Like Buzz Lightyear would say, “To infinity and beyond!