I was browsing in my favourite Canadian Tire store the other day, and I saw something there by the checkouts that made me chuckle. It looked a little bit like a japanese paper lantern, but really it was suppose to be  a paper replica of a wasp’s nest, for the purpose of keeping wasps away. It was pretty close to $10. 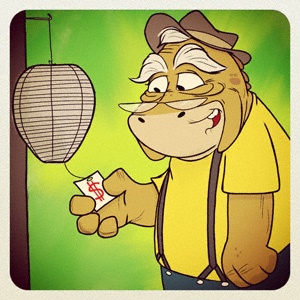 As any one knows who has had a barbeque on a hot summer day, wasps can be a real nuisance and ruin eating outside if they happen to be living close enough to be able to drop in every time they smell the meat cooking.

Anyway, what you do with these elaborate origami wasp’s nests is assemble them and hang them under your eaves, or especially around doorways. The whole idea is that wasps are territorial little critters and if they see what they think to be another wasp’s nest, they will stay away and not build their own nests near by.

Well, the reason I found these contraptions amusing is because as long as I can remember, we’ve manufactured our own natural wasp deterrents which just happens to be an ordinary paper lunch bag, blown up or stuffed with newspaper and tied at the top with a piece of string or a rubber band. We always have a couple of them hanging on either side of our porch roof. 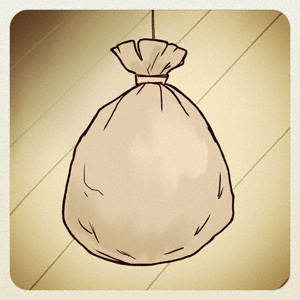 It’s a pretty old trick and one that even the indians used to use - except they would make bags of our leather and hang them to keep the wasps away. I can remember my mother hanging paper bags off our farm house porch when I was just a boy. Still, they aren’t as pretty as the store-bought kind and I guess people are willing to pay for pretty.

While I was looking at the package and shaking my head at the price for paper and a bit of wire, a woman in line behind me asked if I thought that they would really work and I assured her that I was certain they would. After all, we’ve been using a poor man’s version for generations and they’ve always worked just fine!