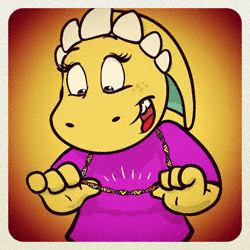 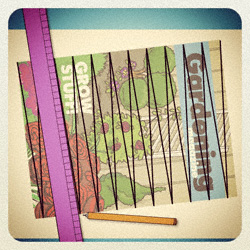 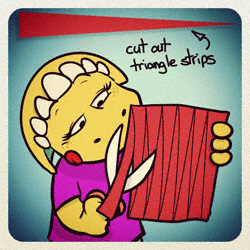 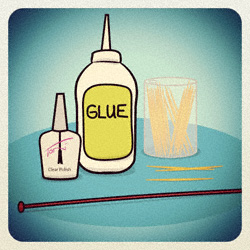 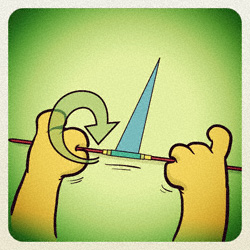 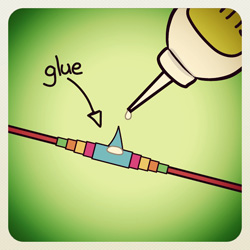 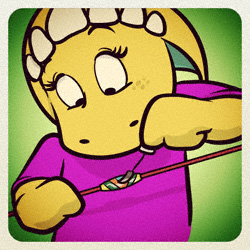 I really like beads and making necklaces.  Sometimes people buy me beads for gifts.  I always use them up really quickly and don’t have enough left.  Today I learned something new!  My Gramma showed me how to make all the beads I could ever want!

It is really easy and they are made out of paper.  The paper would be thrown out anyway so I’m reusing the paper and that’s the second best R out of the 3 r’s!

All you need are some old magazines with lots of pictures. They have to be ones that nobody wants to read anymore.  My sister gave me lots of her old teen fashion magazines so I could get started making beads.  You just have to picks colourful pages.  The cover of the magazines works the best because it’s made out of the thickest paper. They make thicker beads. But you can use the inside pages too.

First you pick a page that you like and is colourful. Then you have to draw out long triangles on the page.

Gramma helped me to do that because you have to measure with a ruler.  Gramma says they have to be carefully measured so that they look good.  I get to cut them out after and make the beads though.

After you get the triangles cut out you need something round to roll the paper on. You could use a toothpick or a wooden BBQ skewer.  Gramma let me borrow one of her thin knitting needles.  It’s easier for me to use than a toothpick.

I was very careful when I cut out my triangles.  I want my beads to look ready nice.  So then you have to start rolling the beads up on the needle.  At first it was really hard for me to do but now I know how and I like this part the best.  Getting the paper started is the hardest.  You have to start rolling with the wider end of the triangle.  You have to make sure you get the roll started very tightly. You also have to keep it straight.

Also you will need a little glue and some clear nail polish. The glue is so your beads don’t fall apart after. When you’ve finished rolling up the paper all the way, then you put a little bit of glue in the tip of the triangle and push it down so it holds it tight. The nail polish works like a varnish to make your beads shiny. Also it makes them waterproof. Gramma says if I want them to last we have to paint them with clear nail polish.

When the nail polish is dry they can be taken off of the needle. Then you can thread them on a string.  Gramma says she’s going to show me how to make different shapes and sizes of beads.  It’s slow but the beads I am making are very pretty.  When I have made enough beads, I will make my Gramma a necklace.