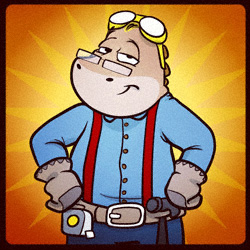 I’d like to think of myself as a handy kind of guy, and not like in Red Green! I try to do as many of my own home projects as I can and between my Dad and I, we’re fortunate enough to have accumulated most of the tools we need for doing them.

Yesterday I decided that the snow build up on our roof was getting to the point where it needed to come off the roof. You see, it’s a good idea to keep the snow clear for at least a few feet away from the eaves to prevent ice damming. When that happens, ice backs up under your shingles and can cause your roof to leak. I had that happen a few years ago when I wasn’t paying attention. The leaky roof made a real mess of our living room wall and ceiling. 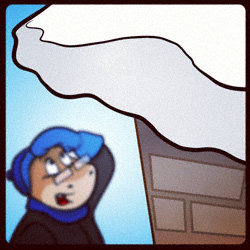 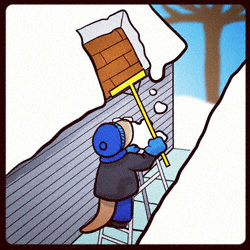 I don’t like getting up on the roof at the best of times, but it’s particularly dangerous in the winter. So I have one of those extendable snow rakes that work very well for pulling the snow down off the roof. The only thing is, with the houses as close as they are in our neighborhood, it is impossible to use the rake while still standing on the ground. To clean the snow off I have to set up my tall step ladder in between the houses and then from about 3/4 way up, I can use the snow rake to pull the snow off the roof. Works good!

Well, almost always works good. This time I used the ladder and was happily pulling down snow when the ladder failed and I fell rather hard to the ground. Painful, but fortunately I wasn't badly hurt. 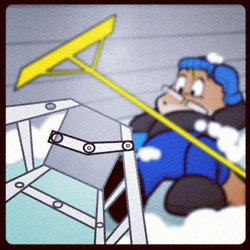 When I inspected the ladder to see what had happened I found that one of the rivets that holds the support arm on had broken off and had let the legs of the ladder come apart right at the worst time. Lesson learned!

I fixed the ladder and inspected it completely to make sure it wouldn't fail again before finishing my snow removal job. I was lucky that I wasn't hurt, falling off a faulty ladder is not funny and could have been very serious.

This accident made me think about other tools that I might have that are worn to the point that they might be no longer safe to use.

I was surprised by what I found in my own shop. 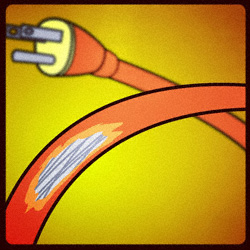 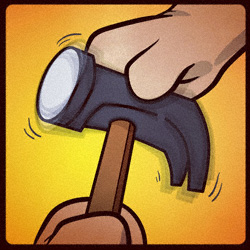 I had two extension cords that had been scuffed up to the point that bare wire was starting to show. This could cause the cord to short out or to get hot, possibly even causing a fire. I also found that my hammer had a loose head. I don't think I can fix it so guess I get a new hammer! I saw a guy get kerplunked right in the middle of his forehead one time when the head of his hammer came off in the middle of a swing. It knocked him out cold, and when he came to he could no longer recite the alphabet backwards. 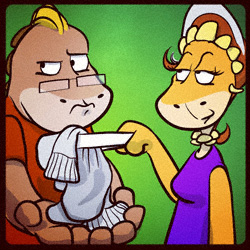 It really makes you think about all of the potential hazards that can be overlooked until something goes wrong. So now I am having a look around the house and asking my Queen to think about anything that might be a hazard. So far,  the only thing we found was a loose shelf bracket on an upper cupboard, not serious but could fail and allow a heavy pot fall on someone.

That made me check all the handles on our pots and pans too. A handle coming off when a pot is full of something hot could be really dangerous. They were all good!

I must be obsessing about home safety now because my Queen just told me that leaving my dirty socks on the floor is a health hazard. I wonder what she means by that?