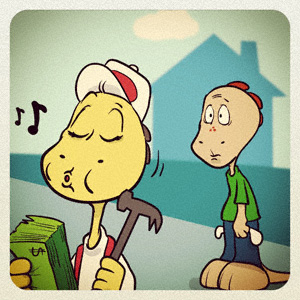 The most expensive thing about owning your own home is the maintenance that comes along with it. It’s not even the supplies that it takes to do repairs so much, it’s hiring the labour to get the job done. Many of us do tackle our own projects because if we had to pay someone else to do it we just couldn’t afford it. We’ve discovered that by helping one another, we’ve been able to take on big joba for just the cost of the materials in most cases.

I remember 20 years ago or more, our neighbour’s wife fell ill while they were on vacation at her parents’ city and was in the hospital there. When it was apparent that she was going to need care for several weeks, and Jerry had to get back to work, he left the kids with the grandparents and came home alone. 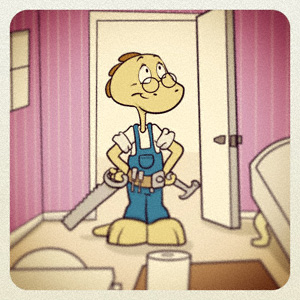 Trying to take his mind off his worrying, he decided to renovate his bathroom while she was away, thinking it would be a nice surprise for her when she got back home. To tell the truth, I didn’t pay much attention to what was going on across the street, as I assumed Jerry was doing little more than sending out his old clawfoot bathtub to be refinished and installing some new lino.

A few weeks went by and he came to borrow some extra tools. I asked him how it was going, and he broke down and confessed that his wife was coming home in two days and he did not have a functional bathroom. I was unconcerned about how bad it could possibly be until I went back over to his house to “have a look”.

Within minutes, it was apparent that Jerry’s bathroom project had exploded into a major renovation. He had decided to put in a new window in the bathroom, purchased one that was too large, and instead of taking it back, decided to raise the ceiling in the bathroom. While doing that, he thought he might as well also take off the old lath and plaster walls and put up new drywall. 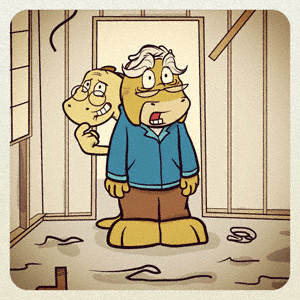 The house looked like a bomb had gone off in it. Lath and plaster was everywhere in the house, as well as a refinished bathtub, sink and toilet parked in the living room. The carpets were tracked with mud, plaster and nails. There wasn’t an inch of kitchen space that wasn’t covered in dirty dishes and take out bags.

As I stood their with my mouth agape, Jerry asked hopefully, “I should be able to put this back together before she gets back, right?”

There wasn’t a chance in the world he would get the job done without a small army to help. “Where’s your phone”, I asked as it was apparent that it was buried under the mess. “We need to call in reinforcements.”

Within an hour, we had several neighbours over with the tools and their wives with their brooms and mops. Working halfway through the night, the guys got the drywall up, the seams taped and mudded and the flooring laid. The women carted out 2 truck loads of debris. 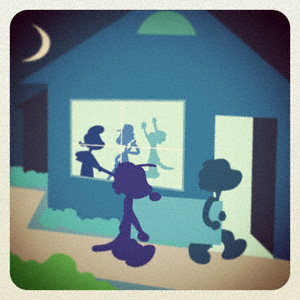 The following day after work, the neighbours were back, to re-install the tub, toilet and sink and rehook up the plumbing. The women were on their hands and knees vacuuming the carpet with a shop vac and cleaning up the layers of construction dust that had settled on everything in the house. There had to be a dozen people in that house whipping it back into shape, some of them had never even really talked to Jerry and Donna beyond a passing nod.

It started something great though. When Lenny and Helen were building their new deck, the neighbours just migrated over to give them a hand. When Ellen and Roland wanted to paint their house, we organized a big work bee to get the job done in a weekend, and the women made big potluck type meals to feed everyone. My neighbours all pitched in when my house needed to be re-roofed, and even the kids were helping with cleaning things up. The house was stripped, shingled and the mess gone within one weekend. And everyone went home on Sunday night with big smiles on their faces like they had attended a community party, what with the food and the comradery.

There is something very satisfying about working together to get the job done and reminds me of when I was a kid and everyone would help everyone else with the harvest. People counted on their neighbours and their neighbours could be counted on. I know people think that doesn’t happen a lot any more, but it does in my neighbourhood. There’s something special about that.