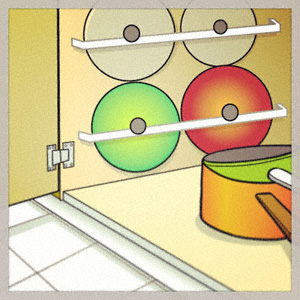 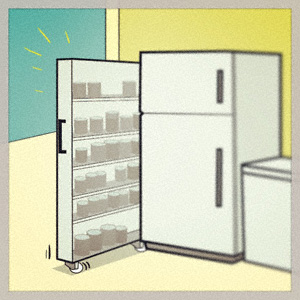 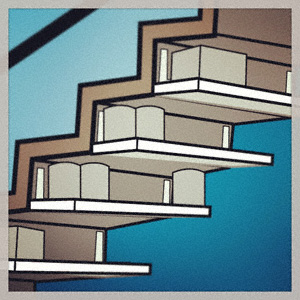 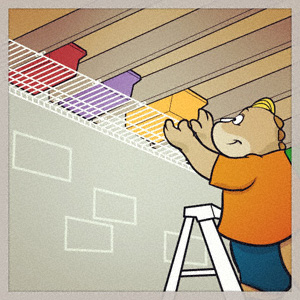 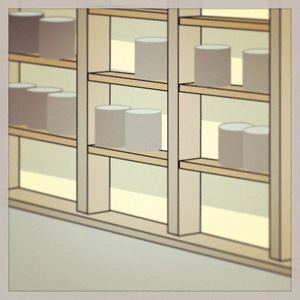 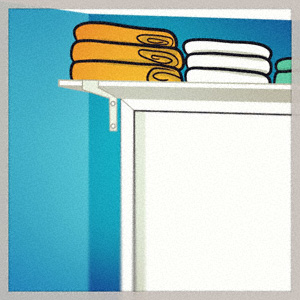 My King and I were brainstorming the other day about how to get even more out of the storage capacity in our already crowded home.  It’s just as the kids grow up and need more and more things we’re finding clutter like sports equipment and school projects, appearing in places where it had accumulated before and the answer from the kids is always the same: “I don’t know where to put that stuff.”
Honestly the problem isn’t isolated to the living areas and doesn’t stem from only the children. I found even my kitchen is getting cluttered and as our family grows we accumulate things that will supposedly make our lives more comfortable.  My King recently bought me a beautiful set of pots and lids as the few we had simply wasn’t enough on some days. Especially if we had guests, it would take me longer to prepare meals as I had to finish cooking one thing so I could put it aside and wash the pot to use it to cook something else. I was pleasantly surprised and grateful for the increase of kitchen equipment but my first thought was: “oh my Lord, where am I going to put all those pots?”
After doing a walk around in the house we were able to identify some very usable possibilities for space that could be modified quite easily into accessible storage.  The first was actually the King’s idea when I expressed my concern for where to put the pots he had just bought me.  In fact the pots aren’t so much the issue as they can be stacked one inside the other and really don’t take up that much space, it’s the lids that are cumbersome and its difficult to locate just the right lid when you need it.  He suggested we place some short curtain rods on the insides of the cupboard doors and use that as a place to store the lids.  After some quick modification, I was pleasantly surprised to see how well that actually works!  The lids line up quite nicely there and take up no extra room.
The other thought we had was the 6 inch space beside the fridge.  The fridge we have is smaller then the space that our kitchen allows for and up until now we had simply centered it in there and the 3 inches on either side were places where dust and bits of food accumulated.  I figured why not slide the fridge tight to the one edge and build or buy a narrow book shelf and put it in wheels so that it can slide out and act as storage for things like canned goods on the other side.  We had previously been storing our canned goods in a cupboard and transferring them to a bookshelf would not only free up a cupboard but would also give us a more comfortable and better displayed place to stock our canned food.
When we ventured down into the basement we found another wealth of storage spaces.  Our basement stairs going down are exactly where the stairs going up to our second floor are located and we noticed by placing shelves across the backs of the steps we opened up a huge amount of storage potential, or course the backs of the basement steps going down were equally as useful although not quite as accessible.  In the basement we also notice that between the joists that hold the floor up we could tack up wire shelving, which could support those handy plastic bins that we all love so much.
The other obvious place was above doorways where shelves could easily be placed for those things that get used, just not as often.  But why stop there? We decided that even above the bathtub there was a huge amount of space which one could put a wire rack across and use for towel storage.  How handy is that? You wouldn’t even need to step out of the shower to access a clean towel!

We discovered even more possibilities we might look into further like putting blocks under the bed legs to raise the bed up for storage bins under there.  Another trick I’ve seen is to open up a wall and put in narrow shelves between the studs. I really could go on and on but the point is: if you look hard enough, you are bound to recognize spaces that would come in handy to solve some of your storage inefficiencies, at least temporarily!