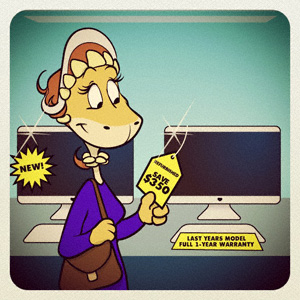 I mentioned to a friend of mine the other day that most of the “new” things we buy are actually refurbished items because they are always cheaper and she seemed to be quite appalled. “I would never buy something that was refurbished,” she exclaimed. “All you’re doing is buying someone else’s junk!”

We have found quite the opposite in our experiences. We almost always buy refurbished computers for instance and they have all been still going long after other people’s new computers have made their first trip to the repair shop. We reluctantly replace our computers when they just no longer can keep up to what we are asking them to do, but never have we had one stop working. We have also purchased refurbished TV’s and other electronics and never had an issue. I have refurbished appliances in my kitchen that are well over 10 years old!

Sometimes refurbished just means that someone opened the box and returned the product. That means essentially, you are buying new. Other times there might be a scratch or dent that is cosmetic but doesn’t affect the performance. After we’ve taken it out of the box, chances are someone in our family will scratch or dent whatever it is within the first few minutes of ownership anyway, so we don’t worry about that. 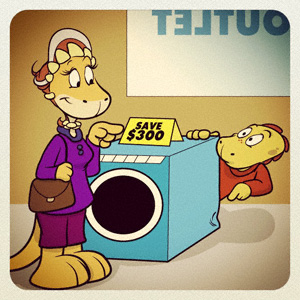 Sometimes an item has been returned for a defect. This doesn’t bother us either. We firmly believe that a refurbished item has already shown whatever weakness that it might have and the problem has already been fixed. Refurbished items that have been returned because of an issue have been rigorously tested before they go back out for purchase by consumers. Not only that, but many of them carry the same warranty as a new product.

For example, if you buy Apple products from their refurbished store, they carry exactly the same warranty as a brand-spanking new one. They might come in a plain box instead of the original box, but we’ve never seen so much as a scratch on the things we buy. Of course, particularly with computers, if you are buying a refurbished product, there is probably a newer model available, but we’ve never felt like we were missing out by not having the absolute latest model. 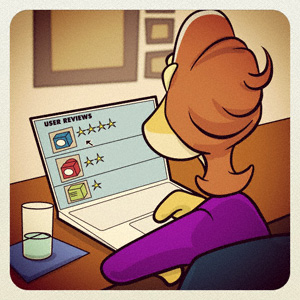 Liquidation places often carry refurbished products, likely because most regular stores would rather sell just new. It doesn’t hurt to check up the product you are considering and seeing the reviews before buying. If it is a quality manufacturer, I would not hesitate to pick up a bargain by buying refurbished. On the other hand, some things are just junk , new or otherwise.  If it is an obscure brand that you’ve never heard of, for sure check it out before buying. A bargain that doesn’t last out the week is never a bargain.