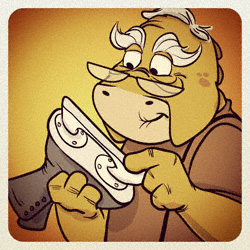 Anyone who has ever had kids will eventually end up with a pair of skates that are so worn they cannot be passed down any more. I have given a couple of pairs of skates a new job as a boot scraper at our doors. It’s pretty easy to do if you’ve got a couple of basic tools.

In some pairs of skates, the blade is held on to the boot with screws, which makes taking off the blade a piece of cake. You simply undo the screws and if the skate plate has been glued on also to the boot, just slip a knife between the sole and the blade plates and pry off.

If the blade has been riveted to the boot, you have to drill out the rivets to remove the blade. You can either buy a rivet removal tool to do the job (not recommended unless you have rivets to remove on something else) or you can take a drill bit that’s slightly smaller than the rivet and work it slowly in the middle of the rivet until you snap it off. 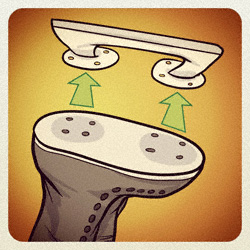 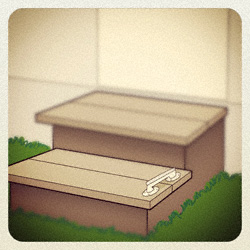 Your boot scraper is now ready to attach to the side of your wooden landing by your door. Just line up the plates to the step with the blade sticking up and screw it down. Make sure you position it someplace to the side where someone won’t trip over it, and also at least 1 foot away from a wall or obstruction so that you have room to move your foot with shoe over the blade. 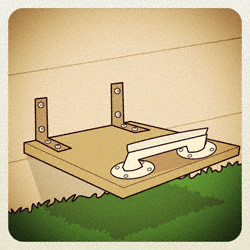 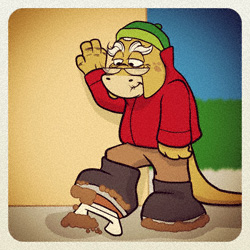 If you don’t have a wooden stair to attach the skate blade to directly, you can also attach it to a scrap piece of wood like a 2 X 8 about 14” long. Attachcorner brackets to one end of the piece of 2 X 8 and your skate blade across the other end. Then screw the corner brackets to the side of the house just to keep the boot scraper steady.

I also saved a skate blade for beside the garage and when I poured my sidewalk, I just embedded it right in the cement. Best boot scraper I’ve ever had!