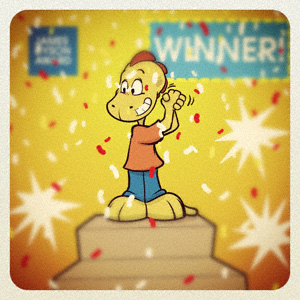 My sister found something interesting last week called the James Dyson Award. It is a student design award open to University level students in the fields of design and engineering who design “something that solves a problem.” My sister was really interested in what this year’s winner invented. I was also really excited to find out about this award and I would really like try to win one day with one of my great invention ideas.

While I was researching it, I discovered that last year’s winner is an Australian named Edward Linacre who designed something called the Airdrop. It’s an idea that is actually going to really help the world, especially in some countries with poor agricultural conditions who are in severe drought.  The Airdrop system is a simple, solar powered, self contained irrigation system which harvests water from the air by sucking the air in with a small turbine and pushing it underground through a network of pipes which then cool the air to the point where it releases it’s moisture and produces water.  That water is then stored in an underground tank so it can be pumped to the roots of crops with drip irrigation hose so that crops can grow where the rain does not fall! 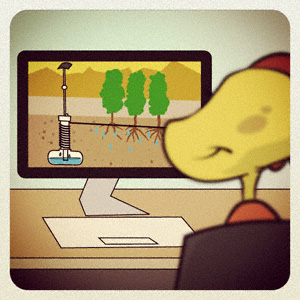 Edward was inspired by the climate changes in Australia where farmers are experiencing the worst drought in a century. It has lasted 12 years and has changed their entire ecosystem resulting in wildlife decline and forest fire conditions not to mention that 1 rancher/farmer per week was committing suicide as a result of years of failed crops!  His invention brings hope and a low tech, economical solution to the driest rural farmer areas.

Scientists continue to predict that as our climate is changing, so will the  frequency and severity of drought conditions around the planet.  I see this invention changing things worldwide and giving hope and possibilities to other 3rd world countries where irrigation infrastructure cost is an issue or water is simply not close by.  This will allow farmers to produce crops in even desert conditions where growing food was never a possibility.  We are quickly realizing that it is and will be increasingly more difficult to produce enough food for our growing population unless we discover innovative and creative solutions to this problem. 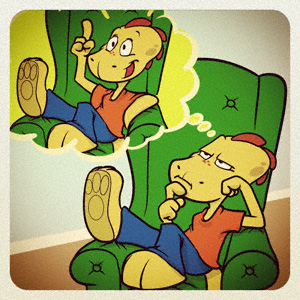 One day I will discover a great idea which will change the world and help people to live happier, healthier lives like so many of these great people in our history.  I salute Edward Linacre and other pioneers like him whose brilliant minds tackle serious problems with realistic solutions. Because of them, we can see the possibility of a world where there is no need for people to go without food or water or basic shelter.  Someday, that award will be mine!