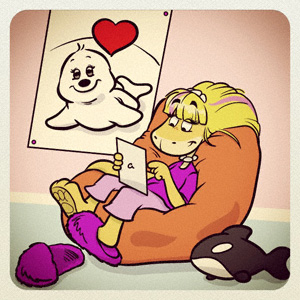 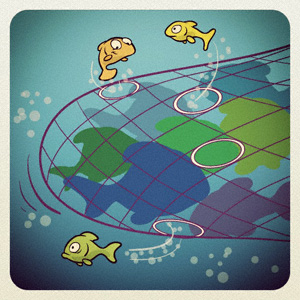 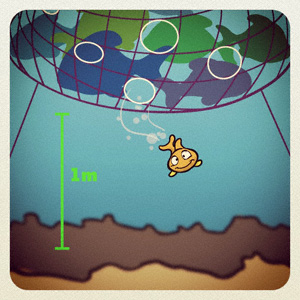 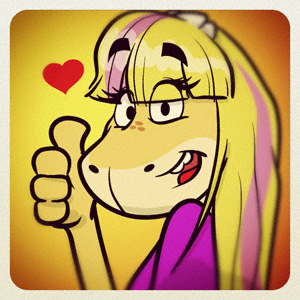 I am always really happy to see when businesses do something positive in their communities to help make things better. I just saw an article about the James Dyson Award, an international student design award set up by James Dyson’s charitable trust. (James Dyson is the inventor of the Dyson Ball vacuum cleaner and the bladeless fan.)  The award is “to encourage the next generation of design engineers to be creative, challenge and invent”.

The theme is to “Design something at solves a problem” and the 2012 winner has designed a solution to a really big problem.

When commercial fishermen haul in their nets, they bring in all kinds of fish, not just the ones that they are fishing for. When trawling, the holes in the nets are pulled tight so that small fish can’t get out or are hurt as they try to swim out of the net. Because many of these fish are juveniles or smaller species of fish are not are not part of the fisherman’s quota, they are just thrown back dead. This can be half of the fish that are caught! That means 27 million tons of fish are simply discarded dead back into the water! Dan Watson of the UK has invented a safety net with several innovative features.

First of all, there are lighted escape rings that attach directly to the net and keep the hole open so more small fish can get out. One of the ring designs has a built in turbine which generates its own electricity so that the ring is always recharging and stays attached permanently to the net until the net needs replacing. The other ring design uses batteries and LED lights which can be changed when needed. When the net wears out, both designs can be removed from the old net and put on to the new net. The lighted rings, not only hold the net open, but show the fish their escape route.

Secondly, the trawl has been raised so that at it rides a meter above the seafloor which lessens the environmental impact by not dragging on the bottom as well as wear and tear on the net itself.

The other feature of the safety net is a separator panel in the net which caters to fish behaviours to separate species and release the ones that you don’t want. For instance, cod swim down when frightened while haddock and whiting swims up when distressed. The net below the separator panel has larger holes to allow the cod (which is an endangered species) to escape, while the haddock and whiting (which are plentiful) are retained above the panel by net with smaller holes.

The whole sytem is explained in this video.

Congratulations to Dan Watson and his university, both of which win a £10,000 prize along with a trophy and certificate. Kudos also to The James Dyson Foundation for sponsoring this great award!